He learned skills from old nurserymen who had been in the trade for many years and have since passed on. Over the past decades, Richard has kept the expertise that he learned from them alive. 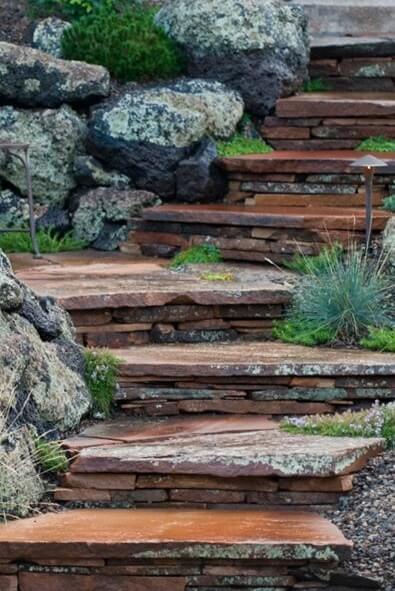 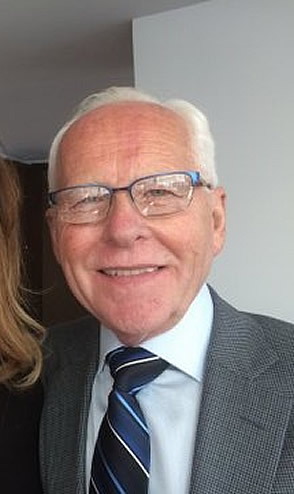 Richard enrolled in Landscape Design classes at UNO in Omaha, NE to further his education and volunteered to host garden seminars for small groups of women in Omaha who wanted to learn more about plants and grow prize winning rose bushes.

Richard was licensed as an Arborist and moved to California when he was young to work in the Arborist Trade and learn more about trees and their survival.

When he returned to Omaha, NE to be with family, he opened Hooper Landscaping and began to design for residential custom home builders and real estate agents who sold new construction.

He was so sought after that builders and developers contracted his services to landscape entire housing editions where there were at least 5 different builders in each edition; each building custom styled homes. Their landscapes are still beautiful today and the developments are one of a kind.

Richard single handedly took on the challenge to create the Parade of Homes landscapes for (12) twelve custom homes for (12) twelve different builders on the same street. Each home was landscaped differently to soften harsh lines and enhance curb appeal. Under his supervision and guidance, the crews installed the (12) homes within one week on the entire street. They worked by the sun of the day and floodlights by night.

99% of the homeowners who see Richard’s designs are grateful to have such talent gracing their homes and buy his designs. His experience is like none other in the landscape design business and he has more years of experience in the industry than he cares to talk about.

People ask when he will retire and he tells them that he already did. While traveling the country for five years, he found himself walking into garden centers throughout the United States and creating landscape designs for nearby homeowners. He has had the opportunity to design for the Stars all the way from NE, CO, CA, to TX and back again. Richard has returned home to Colorado Springs, CO and is now designing for homeowners who are lucky to have his landscaping designs beautifying their homes.

Richard continues to hand draw his designs for a reason!

He is an artist and a visionary. Although the computer speeds up the process of completing work, customer appointments to view designs are still a couple of weeks out so it doesn’t speed up the process for the customer. Richard believes that hand drawing designs gives him the opportunity to actually think, be creative, and produce a real custom design instead of just dropping and dragging a bush and a tree randomly into a computer. Richard does not believe in stamp… stamp … stamp! You will receive a custom design with Richard, tailored for your home. The customer can always scan and upload it, but Richard’s designs are a work of art and many customers mat and frame his designs to hang them in their homes once they are colored. His online designs will also be hand designed and uploaded for your convenience. Richard Hooper’s landscape designs are very personal to both him and his customers, and he never disappoints.

Kristy is the President of SOS Inc., dba Exterior Design Landscapes in Colorado Springs, Colorado. She started learning the nursery, garden center, and landscape installation business in 1983 and was mentored by Master Landscape Designer, Richard Hooper. Her children were raised in the business and all have great knowledge and passion for landscaping. They take pride in their yards and understand that a house is not a home until it is properly landscaped. Kristy runs the day to day operations of the business, but enjoys being in the field so she has a unique business practice that benefits her customers. Once the designer has completed the homeowner’s design and it is ready to plant. Kristy personally visits many wholesale nurseries and hand selects each and every shrub, flower, and tree for the landscape project. She never calls a nursery with a list of plants and trees to have them pull the nursery stock. Each job is different, each job is special, and only the best quality and uniform plants and trees are installed for her customers. Her Midwestern work ethics would have it no other way. When the landscape project is complete, the customers know they got exactly what they paid for and maybe more than they expected. Exterior Design Landscapes is a company that only installs quality.

Together, Kristy and Richard Hooper select their crews and personally supervise each installation. You will see both of them at one time or another on the job and their crews are loyal and take pride in each project.

If you own a home in Colorado Springs, Denver, or the surrounding areas, and would like a landscape design by one of the best designers in the landscape industry, call Exterior Design Landscapes today. Your Expert Designer is only a phone call away.